MY SITE
﻿﻿South Londonderry Township is comprised of a 3 member Board of Supervisors
who serve staggering 6 year terms and are elected by the citizens of the town.

Faith Bucks – Chairwoman
Dr. Bucks holds a Bachelor of Arts from Pennsylvania State University and a Doctor of Chiropractic Degree from Palmer College of Chiropractic.  Faith and her husband are both chiropractors with a thriving home office located in the village of Campbelltown. They have three sons, one who attends the Palmyra Area School District and one who attends Commonwealth Charter Academy, and one at Pennsylvania State University. They worship at the Campbelltown United Christian Church.
The Bucks name has been a part of the township for four generations when they took the opportunity to provide a fifth in 2003.  Since then Dr. Bucks has volunteered time supporting the Campbelltown Fire Company Ladies Auxiliary, Campbelltown's 250th Anniversary Celebration, and Lawn Fire Company Bike Breakfasts. Faith also helped re-establish the Palmyra Elementary Mat Cats Wrestling Association. She is president for the Palmyra Area Wrestling Club. She can be reached at
faith@southlondonderry.org 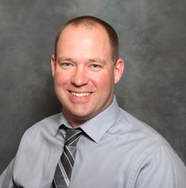 ​  Jack Custer - Vice Chairman
Mr. Custer has been a resident of South Londonderry Twp. for over 30 years. He was raised in the village of Colebrook and currently lives in Lawn with his wife and three children. Jack is a 20 year member of the Lawn Fire Co. currently serving his third term as Deputy Chief. Prior to taking office he served on the townships fire board for more than 10 years. He is the President and founder of Custer Excavating Inc. In his free time Jack enjoys spending time outdoors and attending his children’s sporting events.  He can be reached at (717) 838-5556                                 or jack@southlondonderry.org.

Bill Bova can be reached at wbova@southlondonderry.org